Yesterday I finished listening to the audiobook of The Tudors: A Captivating Guide to the History of England from Henry VIII to Elizabeth I. 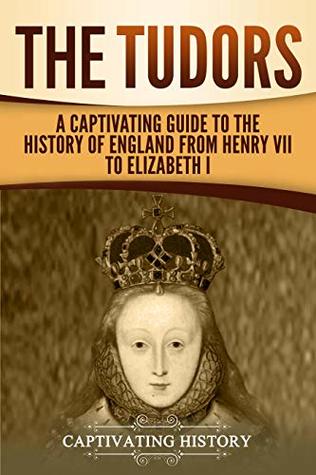 This choice won’t surprise many of you, as you know that I am fascinated by this period in English history, and particularly the stories of the Tudors, including “Bloody Mary,” Elizabeth I, and Mary Queen of Scots.

The audiobook attempts to be comprehensive, but because of its brevity, lacks some depth.  If you already know a lot about this time period, you may find this to be a “Cliff’s Notes” version of a very complex historical era.  The “bird’s eye view” aspect of it all might be useful to someone who is just beginning to explore Tudor history, but for me, it felt rushed and simplified.  (An exaggerated example, but this is the level of depth to expect:  Henry was married to Catherine of Aragon when he fell in love with her lady-in-waiting, Anne Boleyn.  He divorced Catherine to marry Anne.  Later, he ordered Anne beheaded when she was found guilty on trumped-up charges).  (Point, set, match).

I exaggerate, but not much.  On the upside, it’s short as audiobooks go, lasting just over 3 hours.

I did learn a few new (to me) facts about Henry’s sisters, and his best friend Charles Brandon, which I enjoyed hearing about.